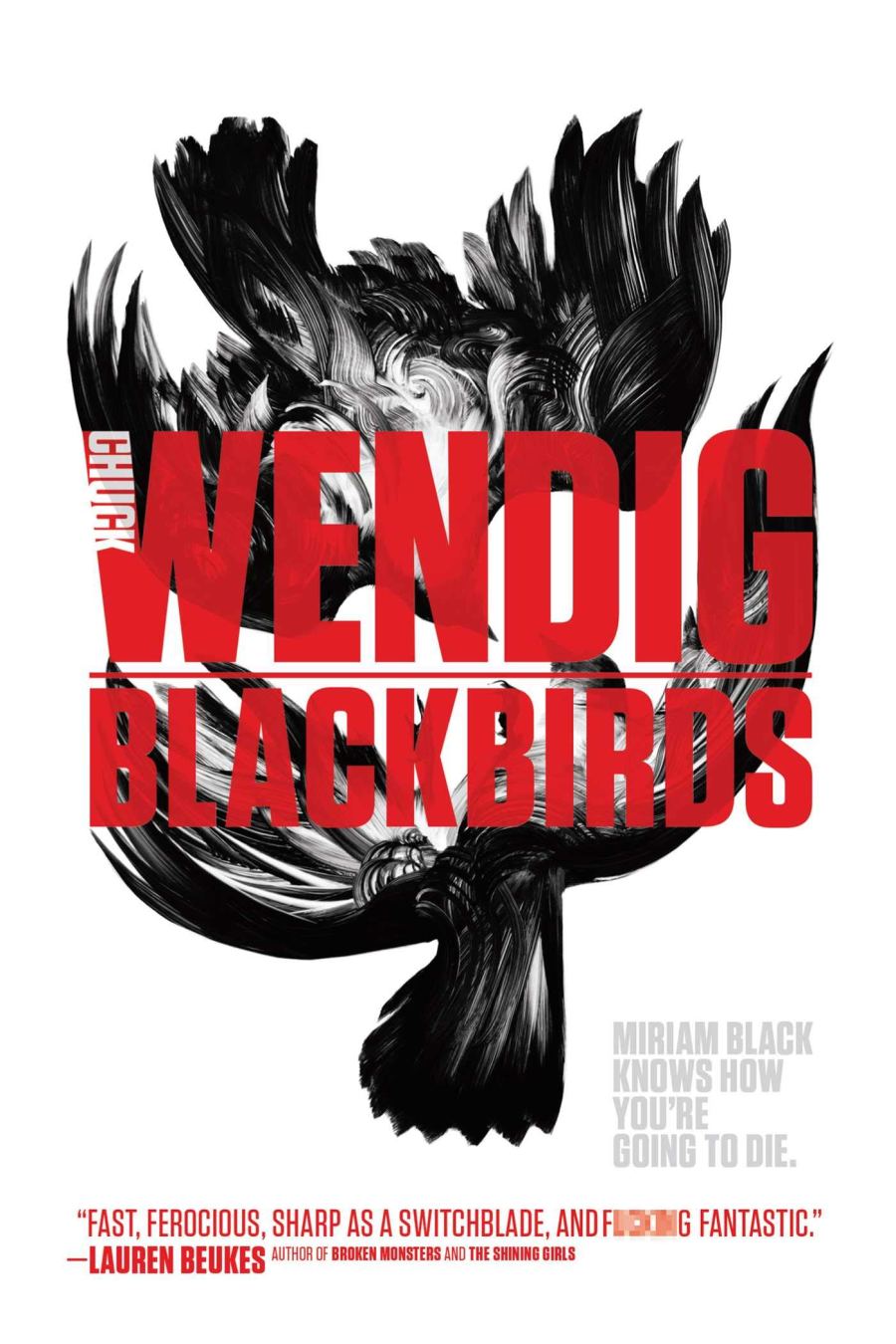 If you read my post on Tomi Adeyemi’s Children of Blood and Bone, you might remember this:

I’ve already covered two of the necessary ingredients for tension (unmet desire and stakes); in this post, I’m going to use Blackbirds to show how author Chuck Wendig crafted a great character who encourages deep reader investment. Remember:

You might’ve realized from my post on voice that Blackbirds isn’t a cute, cozy, feel-good book. It’s gritty, visceral, and as dark as the inside of a coffin. It’s main character, Miriam Black, is the perfect protag for such a story. With her wonky moral compass, abrasive personality, and cynical, fatalistic world-view, she’s what many refer to as an anti-hero.

A staple of modern literature, anti-heroes are tools writers can wield to examine social mores and navigate moral quagmires. But there’s a catch: because of their gritty, anti-social, or downright nasty traits, anti-heroes can devolve into repugnant shitheels.

If you’re not careful when writing an anti-hero, you’ll create a character no reader wants to spend time with. The trick to crafting such characters is to temper their unpleasant (or even unlikable) traits with interest or empathy:

Readers want to either empathize with or admire your protagonist.

How do you build empathy for an asshole? If you show some glimpse of humanity beneath that calloused husk, your readers will be more likely to empathize. And that’s exactly what Wendig does in the first chapter of Blackbirds.

A quick intro: Miriam Black learns the exact time and cause of a person’s death with a single (skin-to-skin) touch. Miriam exploits this ability for a living; she preys on lowlife scum by stealing from them after they die. In chapter one, she’s waiting for her mark– a family man who beats prostitutes in his spare time– to croak. Miriam doesn’t try to intervene and save the man; she simply looks on as he suffers an epileptic seizure:

Froth bubbles out over Del’s ashen lips. The blood vessels in his eyes burst.

His rigid body goes limp. All the fight goes out of him. His wiry frame slackens, his head tilts at a bad angle, his cheek hits the floor.

She tries to speak, tries to say she’s sorry, but–

She can’t stop it. She runs to the bathroom and pukes in the toilet.

… It often hits her like this. Like some part of her is dying along with them, some part that she has to gag on and purge and flush away.

There it is: a quick glimpse of Miriam’s humanity. These deaths do impact her after all, and in quite a profound way.

Besides showing your character’s human side, you can also foster empathy for an anti-hero by giving them something the reader shares: a mutual desire or a mutual wound.

To touch readers on an emotional level, you’ll need your main character to desire something your readers also desire.

… When trying to create empathy for a character who’s unlikable but with whom you need your readers to identify, give her a wound we all share– perhaps a memory that haunts her, a shattered dream she can’t get over, or grief over losing someone precious to her.*

Miriam has both mutual desire and wound with the reader. She desires to escape her past, to run from the terrible mistakes she’s made. Who hasn’t experienced this sense of guilt, this desire to bury your problems in the past? Regarding Miriam’s dysfunctional coping strategies:

This is her true gift: the ability to shove it all out of her mind. Just crowd it out with hard elbows and headbutts. Zen and the art of repression.

This past also serves as her wound: a relentless, haunting specter of all the gruesome deaths she’s seen and bad choices she’s made. But it’s not her only wound:

“I come from a place where your mother tells you how your lady parts are really the Devil’s mouth and you don’t feed the Devil, oh, no. Feed the Devil and he wants more, more, more.”

“You fed the Devil?”

“Just once. His name was Ben Hodge. We did the deed. And then he killed himself.”

Here’s Miriam’s other wound: the awful consequences of her rebellion against a fanatical mother’s religious zealotry.

Besides building character empathy, Miriam’s wounds and desires also inform the novel’s theme and drive internal and interpersonal conflict. If you pay attention to how you’re crafting the MC’s traits and backstory, you’ll create the same sense of unity.

What else needs saying, except: go read Blackbirds!

(OR do both. Both would be cool too)